A House on the Bayou(Review)[Terrifying Theatrical Tuesday]

How does exactly a family piece themselves together after an infidelity? That is the question explored by a recent Blumhouse project A House on the Bayou. It is a tense thriller that plays as a home invasion, but there is so much more than meets the eye.

The plot is about s housewife who finds out her husband cheated on her, so she decides to move her family to a house located in the bayous of Louisiana. They soon find uninvited guests at the door, and must figure out how to survive the night.

This movie does good in building the tension and keeping it going the whole time. I absolutely hated the husband and he makes it easy to do so. He is the one in the wrong, yet he has to gall to gaslight his wife and use their daughter against her. And if you think that’s the worst of it, the movie reveals just how despicable he is. You want him to suffer for what he did, and well let’s just say the tables do get turned on him.

Turns out, you can trust the wrong people and as one of the characters mentions you don’t realize the nature of the beast. Also the intruders know way too much to just be strangers, and there might be a supernatural explanation behind their motive of being there. Justice does end up served, though, but the damage has already been done. The family is destroyed but it’s revealed it’s always been that way.

A very tense film that keeps you at the edge of your seat the whole time. Blumhouse tends to have its up and downs as far as their projects go, but this one wasn’t too bad. And it had a unique twist to it. Definitely worth checking out, and it’s currently streaming on Hulu.

If you already seen A House On The Bayou, feel free to leave your thoughts below!! 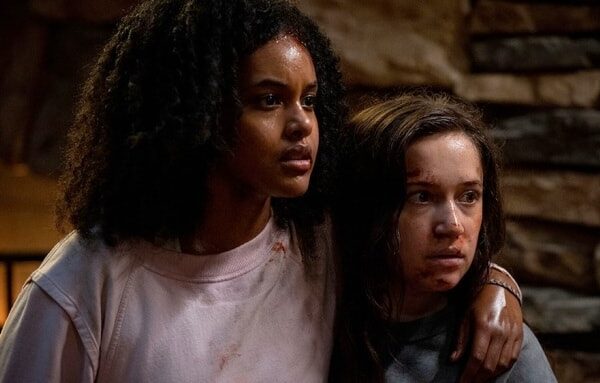 I never thought of the idea of a pandemic slasher but here we are with Sick(2023), and Kevin Williamson proves …

There was a bit of buzz with the new movie The Pale Blue Eye that debuted on Netflix last week. …

Kicking off the first review of 2023 with a juicy one. Scare Package was a sleeper hit full of horror …